Another 4th of July away from home. 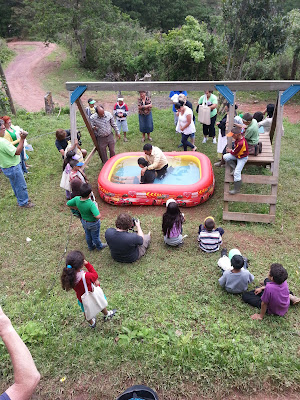 Well this has been an exciting month here in Costa Rica, some good and bad things have happened since the last time I posted. Start off with some positive vibes haha, couple of weeks ago I got to be part of something really cool, the reason I have a place to stay in the house I am is because the oldest son moved to Germany to marry and be with his new wife. Well getting a ride from the airport to our neighborhood by taxi is about $35-$45 depending on traffic and the process on the bus with bags is literally impossible, so I told the lady that I live with that I would ask my friends if they didn't mind allowing me to use there car and just put gas in it. Well they are super kind people with hearts as big as a house and Courtney was like well lets just all go, there is a place that has this lemonade near the airport that I love. So I had the flight time and company name, so I thought we got to the airport and I start getting messages from the mom asking if his plane had landed and such and I was looking at the flight board and the flight I was told he was on was no where on the board, well there was one but it was like at one in the morning not 7:30pm haha. So about thirty min later she messaged me again and was like oh no I'm so sorry he was on another airline, she had read his message wrong then she sent me a photo. So I am walking around the exit of the airport looking at my phone looking for this dude. All's well that ends well we found him went on to get that lemonade and sat and practiced our Spanish on him. The funny thing was he had been only hearing speaking German and a little English since November. So he was like so weird to see gringos, but hear them speaking Spanish, Not real sure what that says about our progress in Spanish. The best part of the whole adventure was to see his moms reaction when he walked threw the door, its one of the best parts about returning home from being gone I believe my moms reaction will be similar in December when I return. Pedro and I had some great conversations during his time here, I did not get to tell him goodbye because I had a very early departure for Honduras, but hey who knows maybe I'll go to Germany to greet him at an airport haha. Speaking of Honduras that is what I have spent the majority of my month doing.  I was there for 10 days and was on the move from the second that I landed. I was greeted at the airport by the director of the mission Sam and after grabbing a quick bite to eat we were off to buy crayons, scissors, glue sticks, dry erase makers and erasers, and other classroom materials that the team that was there wanted to bless the teacher with, she literally had nothing. I worked with this team last year while I was there and it was cool to see some of them that had returned and to meet the new people that they had brought down with them. There approach is so cool and I really believe that it is effective and really beginning to produce fruit and there model is a model that a lot of our teams are starting to adopt. This group has been focused on two small villages for 7 years now, when they first begin to go they said there was such a dark presence in the village. like literally the first year they day after they had there first ministry day in the village that night the people converted the little school into a dance party/brothel upon arriving the next day to work at the school they were taken back at what they found, and being Honduras that can sometimes be difficult. They only fueled their passion that much more and stuck in there. Every year they bring a women's, men's, children, construction, medical, dental, and veterinary team. They have also adopted one of our pastors and his family to minister to these two villages. through there persistent work there are now two home churches that meet regularly. This is the team that I really saw the need to find away to reach the men other than just inviting them to church. 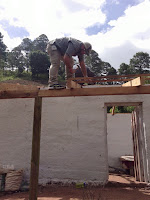 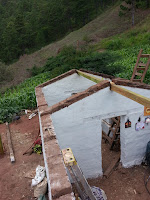 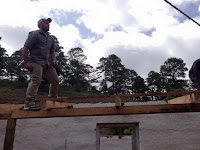 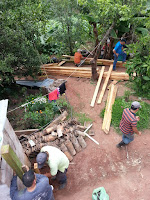 They where also the team that I did some of my first construction with on the ground last year.The next day I was able to get my hands dirty and do a little building. We where replacing a roof that was just destroyed by termites from where the "teja" terracotta shingles had been broken and allowed rain to runs down the rafters causing them to rot and termites just destroyed it. It was good to see I had not forgotten everything I knew about building, though doing the roof system with a house that turned out to be about 7 inches out of square and from what I could tell the walls where about a foot out of level. Regardless the end result was a house that the rain no longer poured into. Funny how in the states we have gotten so far away from practical this was a 20x12 house where five people lived and from what I could tell where very thankful for what they had, I do not think it would hurt us to bad to adopt a mind set like that. Before this team left the country I was already working logistics for the team that was coming. I was in the country to renew my visa, but choose to do a longer trip because this team was breaking ground on the new property.  Some of the local men lead by one of my good Honduran friends Ruben had already dug the footers for the foundation to the "bodega" storage building. We are building it first so that we can begin the process of moving our stuff once we have a secure building on the property. They do things a hair different when it comes to footers in Honduras mostly cause there is an abundance of rock and the labor is very cheap. The first time I did footers this way I honestly was like this is stupid, there is such a easier way to do this. After living there and working there I am really beginning to adopt a very different heart which I encourage our team members to have as well and that is, it is not wrong it is just different and if you just give it a chance and not judge it you will see that you end up with the same result. A solid base to build on top of, but basically you lay a inch of mortar and begin to set the largest rocks you can find in the trench and after filling small gaps with smaller stones trying to keep a level work, then fill the remaining cavities with mortar then do the process all over again till you have filled the footer, like I said the end result is a solid base to build off of. 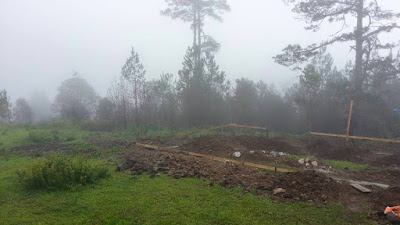 All support is appreciated as this life's work cannot be done with out God and his support through His people. Prayer support and financial support are always in need. If you are able to support financially please visit http://www.ignitemissions.org/#!contact/c175r this will take you directly to the support link. Simply follow the provided directions and add Coy Houston Davis in the memo line. Thank you for your support emotionally, spiritually, prayerfully, and financially.
Posted by Unknown at 2:21 PM