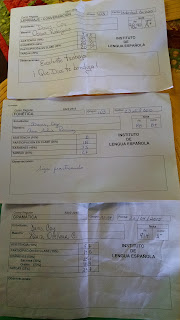 Hey guys just a quick update as to what is going on down here in Costa Rica.  I have survived my first trimester of class, and amazingly enough did rather well.  The first four months here really just have flown by, and my Spanish is progressing very well.  Here is some proof that I have been working very hard and not just being a beach bum here in this beautiful country.  I want to say how much of a blessing it was to have some a amazing professors for my first trimester.  They all did a very good job in pushing me to be the best I could be.  I had a Chilean lady named Laura for my grammar class which was two hours a day, she also was my one on one tutor two hours a week. Where I was able to really expand my Spanish as we just talked about the past, current topics and future plans, all things that really helped me grow, language and spiritually she is the daughter of missionaries so she can really relate to the struggle and life that we live here. After chapel which also has been a super blessing getting to fellowship and be in the word and worship often really helps to keep you grounded here.  I had Oscar for language which is verbal and it was by far my favorite time.  We were a class of all men, and really grew a strong relationship with all those men, it was a time to just joke around and fell somewhat normal.  Although we were cutting up and carrying on we were still learning, because he really challenged us to use only Spanish.  I am also very excited because I have him again this coming trimester although two of my classmates have left.  Lastly was the hardest class for me phonetics was like pulling teeth, literally just practicing sounds and pronunciation of letters and words for four months straight, but I will say this I learned a lot about why certain things in Spanish are the way they are in that class.  Our professor was Ana Silvia and at first I will admit we butted heads a lot haha but as the days went by we found common ground, and by the end we shared some great laughs and memories I will keep for a very long time.  If you are wondering what the title of this post means, well I was voted in as the representative for our class this trimester.  Who would have ever thought that haha, but already I have been able to be part of some pretty cool stuff that I hope will make ILE a better place to learn Spanish.  There are not really that many duties involved with it but still gives me some more things to fill my time here while I learn.  I'm also excited to announce that I will have the privileged to preach at our first chapel of the trimester which I'm excited about and would really appreciate prays for.  Speaking of prayer please continue to pray for this whole process so far so good, but there are things like funding for next year and even rounding out the end of this year that need to be addressed, some of you may know I have two properties that I rent in the states and you can imagine how some times that an be a real pain in the butt to deal with, like coming up my good friend is taking a job in NY and will be moving out so getting someone moved in and settled not being in the states is going to be a new challenge. So just extra prayer would be so appreciated for all these things, also I want to announce that I possibly already have two of my very own teams coming to Honduras next year which is very exciting and if your interested in joining one of these teams or possibly leading your own team of men please contact me I would love to share the need the harvest is plentiful but the laborers are few coy@ignitemissions.org is my email.  Lastly on this update I wanted to share that I was privileged to host my sweet mother and aunt during my break.  It was an awesome time it was the first time my mother has flown on a plane, left the country seen the pacific ocean, zip lined, saw a volcano, rappelled down a mountain, rode a horse in a jungle, seen a monkey in the wild, and most importantly heard her son translate Spanish for her.  It was such a blessing to be able to spend some time with family it has been four months since I've seen any of my family and sometimes that is tough.  I am very thankful for my aunt and how very generous she was during this time to not only help my mom, but also come and spend her time with me as well. Having them here really helped me see how far in four months my Spanish has come and they where amazed which was a super huge boost of confidence for me.  Also another thing was the reminder that people need to come and see and experience for them selves I believe my mothers eyes where open to just how good we live in America and even though Costa Rica is a beautiful place there is great poverty and need here, and Honduras where I will be serving is way worse off than here. Just a look at Gods handy work we enjoyed during there time here. 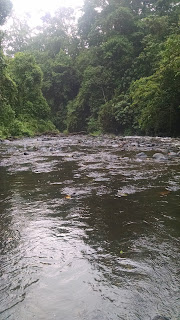 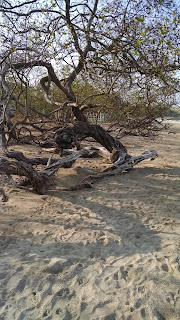 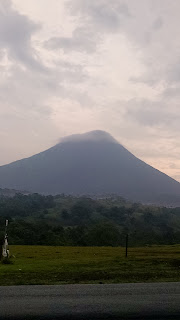 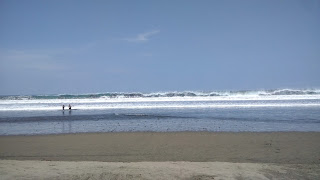 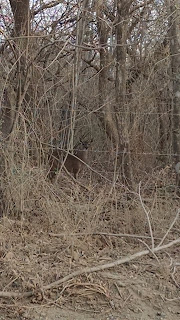 All support is appreciated as this life's work cannot be done with out God and his support through His people. Prayer support and financial support are always in need. If you are able to support financially please visit http://www.ignitemissions.org/#!contact/c175r this will take you directly to the support link. Simply follow the provided directions and add Coy Houston Davis in the memo line. Thank you for your support emotionally, spiritually, prayerfully, and financially.
Posted by Unknown at 4:57 PM No comments: